Can We Talk About

There's a Life Lesson In This. 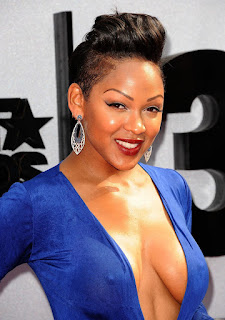 So, there’s been a recent shake-up in the media with Meagan Good and DeVon Franklin. I think it shocked most of us. But at the back of many of our minds, we may have known it would not last. So, I’m up for some healthy dialogue about it, and here goes . . .

So many of us were rooting for Meagan and DeVon—that seemingly happily married couple who illustrated that opposites attract, and nothing could take them apart. But that’s no longer the case.  The couple is now moving forward with their divorce, pleasantly I might add, as they  offered a statement to the media stating, ”There’s no one at fault, we believe this is the next best chapter in the evolution of our love.”

But what are your thoughts on this? Since the two of them got together, there were so many naysayers trying to understand how it even worked. How could people worlds apart, one in the secular world and the other in the religious world, even be a married couple? You know, Meagan is hands down a sexy bombshell actress who emanates the beauty and boldness of an unapologetic woman. She stands in her "grown womanhood" and aims to bring all dimensions of the black woman to the television screen (sex scenes included). But DeVon is a devout Christian pastor and media figure who abides by tradition religious rules and standards of "the cloth." Think about it: they've always been out of sorts in some way. 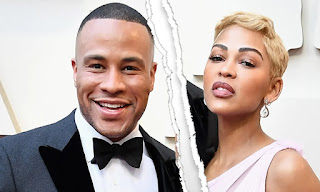 Some might say that although Meagan's and DeVon's released statement mentions "no one is at fault," perhaps it was society that ultimately forced them to smoke the marriage. And that is unfortunate. However, what is quite amazing to see is that the two of them are moving on quite nicely. AND THAT'S WHAT MATTERS MOST.

Perhaps now DeVon can move beyond this relationship, with a new take on life and who his next wife will be. Maybe he now knows what it is to sacrifice whom he is at the core as Christian pastor. And that’s okay, because he may never have to do this again because he may find another wife who does not smoke, drink, or show too much skin in the public!

However, regarding Meagan, in my mind, I think she is the shining example of what it means to push through all the ridicule and judgment so many people have to endure because of who they are and what the love to do. It doesn't take a genius to see that Meagan Good belongs on film. She was born for it. And there she goes, remaining extremely successful and fully vested in her own, unique reason for existing. Let’s face is, Megan is still a bold voice in the black female population who has a lot to show and say! And she shows no signs of stopping. GOOD FOR HER.  Good for the rest of the ladies too, because so many look up to her. The cherish her craft and her ability to capture their experiences on film and in the media, in spite whom ever had negative and judgy sentiments to chide her with!

Kudos to you, Meagan!  Kudos!

Be Your Best YOU!  XO